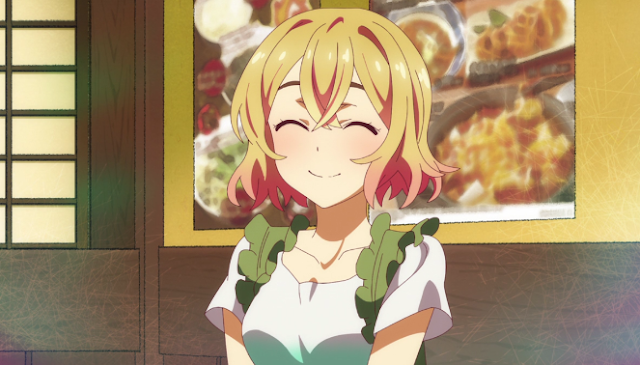 Dumped by his girlfriend, emotionally shattered college student Kazuya Kinoshita attempts to appease the void in his heart through a rental girlfriend from a mobile app. At first, Chizuru Mizuhara seems to be the perfect girl with everything he could possibly ask for: great looks and a cute, caring personality. Upon seeing mixed opinions on her profile after their first date, and still tormented by his previous relationship, Kazuya believes that Chizuru is just playing around with the hearts of men and leaves her a negative rating. Angry at her client's disrespect toward her, Chizuru reveals her true nature: sassy and temperamental, the complete opposite of Kazuya's first impression. At that very moment, Kazuya receives news of his grandmother's collapse and is forced to bring  Chizuru along with him to the hospital. Although it turn out to be nothing serious, his grandmother is ecstatic that Kazuya has finally found a serious girlfriend, which had always been her wish. Unable to tell her the truth, Kazuya and Chizuru are forced into a fake relationship—acting as if they are truly lovers. (Written by MAL rewrite)

Sinopsis : Renton Thurston is a 14 year's old boy who live with his mechanic grandfather…