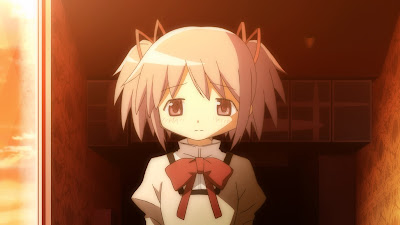 Mahou Shoujo Madoka ☆ Magica is an anime made by Shaft studio that tells the story of a girl named Kaname Madoka and Miki Sayaka. they were ordinary high school girls with ordinary lives, but all that changed when they met a creature named kyuubey, a magical Familiar like a cat and Akemi Homura, a new transfer student.

Kyuubey offered a proposition: he would give and grant one wish from them and instead, they would each become Mahou Shoujo, gain enough strength to realize their dreams. But a Mahou shoujo, Homura, told them to reject the offer.

A story of hope, despair and friendship, Mahou Shoujo Madoka ☆ Magica deals with the difficulties of being Mahou Shoujo and a lot of price must be paid to achieve their goals.