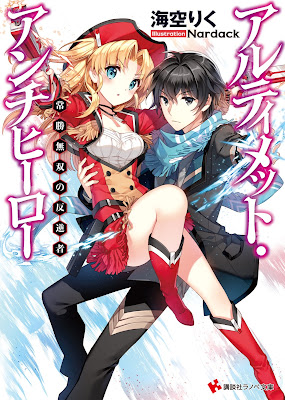 “The [Traitor] Kamishiro Homura must be killed.”

The nucleus of <United World Government> that was located in the Detroit life sphere, Orion Tower.

In the conference room that existed on the highest floor of that white spire that pierced the sky, one of the five people that surrounded the round table there said that. The Soviet’s grand supreme ruler Gregorio Rasputin declared as such.

“The power that man possesses, it’s not an exaggeration to say that it transcends far above the standard of power that an individual can have. It’s really dangerous for us, the new rulers of the world to leave this situation as it is.”

The company those words were directed at were the people that sat at the same table.

They were the chief members of the <United World Government> that was started five years ago and were called <the Five Great Leaders>.

“We of the USA also agree with the Soviet’s opinion. This time the [Traitor]… no, that abominable <Evil God User>, for some reason he suddenly started moving from the London life sphere heading towards the Tokyo life sphere, but because of that, since last night we have fallen into chaos. Even with the <Great SealAureole> applied on him, that boy’s individual battle strength rivals the whole military power of a country. For that boy to make a move, it’s the same as a whole army of a country to begin a military march. Each time that boy takes a step, we have to rewrite defense treaties and re-position the army, honestly it’s really troublesome.”

“He’s really like a walking nuclear bomb huh. But even so, the MI6(Britain Information Bureau) is really pathetic. Even though these past three months the <Evil God User> ate, slept, and played right under your noses, you couldn’t even manage to cut his head off a single time while he slept.”

“Just when I thought what you are talking about(!). We the Britons are living and using our heads properly. Just so you know, we are different from China-san who was impatient to attack and rushed ahead without even consulting the opinion of the other <Five Great Leaders> and in the end you had two thirds of your army annihilated by the <Evil God User>.”

“Please calm down, both of you. For fellow <Five Great Leader> to quarrel with each other…-“

“Don’t act like an adult you yankee. If we are talking about the cause of all this, then it was when one year ago Kamishiro Homura was staying in Washington life sphere, if only you dealt with him properly then, my army wouldn’t have met with things like―!”

It was a voice that was calm, yet possessed a heavy and profound presence that couldn’t be denied.

With Innocentius’s single voice, the three sovereigns that were hurling abuse at each other swallowed their words.

“It’s just like what Franklin said. For fellow <Five Great Leaders> to quarrel against each other, it only produces a hundred harms and not a single gain. All of us are not foreigners of opposing countries anymore.

Five years ago, when the first recorded <Demon King class> demon in history, Typhon, appeared almost all the countries that existed above the earth were burned to ashes. And then the current <United World Government> was established by the concentration of the remaining ten countries. They all cooperated with each other for the sake of opposing the demons that were invading from across dimensions in the demon world.

"…The framework called country is a bygone relic. We are not an alliance. We are the world itself. Something like a lone brat moving from London to Tokyo is not something worth fretting about.”

“Your Grace, it’s exactly as you say.”

Joseph lowered his head reverently hearing the words of Innocentius, while Tairon too put his raised body back on the chair with a vexed expression still on his face.

Judging that the place had calmed down, Innocentius opened his mouth once more.

“Even without panicking, that man cannot possibly do something like replace us. The heart of the populace has been firmly grasped by us, the <Holy Path Church>. Besides, in the first place haven’t we already succeeded in sealing the power of that man? As long as the <Aureole> is still in place, even that man cannot completely use the power of the <Evil God> as skillfully as he did five years ago. There is a collar fixed on him. At most he has only become a watchdog that we make use of.”

“Prime minister Cline. Can the MI6 properly continue with their surveillance?”

Suddenly, the Soviet’s grand supreme ruler Gregorio that started the topic, yet was only carefully supervising the room, asked Leti, the only female in this place. Leti nodded in a big way.

“Of course. Right now the <Evil God User> is riding the regular service between London and Japan. From the plane’s pilot to its CA, and even the passengers, all of them are MI6’s personnel. There is not even the slightest chance that we will lose sight―”

In a moment, as if to blow away Leti’s words, the door of the conference room opened raising a loud sound.

The one that jumped into the room with a changed expression, was Britain’s high official for the <United World Government>.

“HE JUMPED OUT FROM THE PLANE-!”

Hearing that report, all the members of the round table had their expressions turned blue and made clamors.

“Un, unfortunately. For him to jump out from a height of ten thousand meters in a flesh body without even putting on <Soaring WingAir Raid>, it’s just too unexpected so…!”

Hearing that fact, the blood drained from the faces of all the people in the room.

And then, in the next moment, angry roars that even resembled screams flew about.

“What the hell are you doing you damn idiot-! Make them chase him right now!”

“Impossible! It’s suicidal to jump down from an airplane that is flying at high speed, even for magicians that have equipped <Air Raid>! They are going to get completely blown away by the atmospheric current!”

“For the time being just rearrange the surveillance structure immediately. I’ll make urgent contact with the KGB. Mobilize all the military satellites too. I’ll also have you make the CIA cooperate.”

“O, of course Gregorio! It’s inexcusable to lose sight of that boy for even a second!

After all Kamishiro Homura, ―he has the power to ruin the world just by his lonesome–!!!!”